The Inequalities of Air Pollution 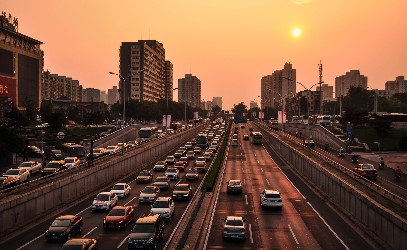 People in Seattle and the Northwest experienced weeks of truly awful air quality due to wildfires this summer.  For many of us it was an ominous predictor of more to come with climate change – hotter summers and more wildfires. The smoke added to the air pollution we all experience from roadways, some industries, and other sources. While everyone in the area was impacted by the wildfire smoke, some communities have higher exposures to these ongoing air pollution sources because they live closer to freeways, high traffic areas, and trucking/shipping depots. These communities are at greater risk of a range of health impacts including asthma and more heart attacks.

A newly published study from the University of Washington compared exposures across the U.S. over time to transportation-related air pollution. The results show overall pollution levels went down from 2000 to 2010. That’s good news confirming the effectiveness of regulatory efforts to reduce air pollution from vehicles.

However, the researchers also found that people of color continue to be exposed to more transportation generated air pollution than white people. The difference is significant: 37% higher exposures to pollutants for nonwhite individuals than for whites. And that inequity is not resolving. The disparity was essentially the same in 2010 where researchers found 40% higher exposures for people of color.

In an EarthFix/KUOW interview, Lara Clark, a co-author of the study, pointed out that the problem is worse in Washington State: “The exposure disparity between people of color and white people in Washington state was higher than in neighboring states.”

The UW created a short graphical video to explain their research methodology and why these findings point to the need for more strategies and policies to ensure cleaner air for everyone in every community.  Link to video on YouTube.

What’s the link to climate change?  Shifting to clean and renewable energy sources is critical to reducing greenhouse gas emissions. It is also essential to achieving health equity for all.