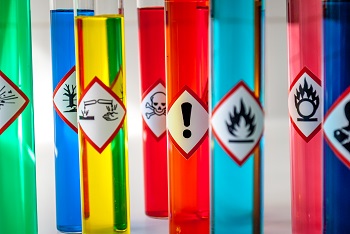 In the face of an uncertain regulatory climate in the near future, the EPA is starting a process under the new Lautenberg Chemical Safety Law to protect people and our environment from exposures to toxic chemicals. It’s great to see these first stepes after so many years of inaction due to inadequate federal regulatory authority and debate over how to reform TSCA – the Toxic Substances Control Act of 1976.

On November 29, 2016, the EPA announced the first ten chemicals it will evaluate for risks to human health and the environment under the law, starting the clock on an evaluation and mitigation process that may lead to actions to reduce harmful exposures. The first ten chemicals, from a list of about 90 chemicals that may poise serious risks, are:

This development follows the EPA’s announcement earlier this fall that it would utilize the law’s “expedited action” provision to address five chemicals that are PBTs – Persistent, Bioaccumulative, Toxins.  PBTs can be described as the “worst of the worst” among hazardous chemicals because they don’t breakdown in the environment and they build up in wildlife, our food web, and our bodies.

“Expedited action” means the EPA can move to regulate uses of these toxic chemicals to reduce exposures, protecting people and ecosystems.  The five chemicals are:

Washington State has already taken action to ban uses of Deca and other toxic flame retardant chemicals.  And states can continue to take actions on toxic chemicals that are not yet undergoing evaluation under EPA’s process.