No Vaping in Public Policy Adopted in Whatcom County 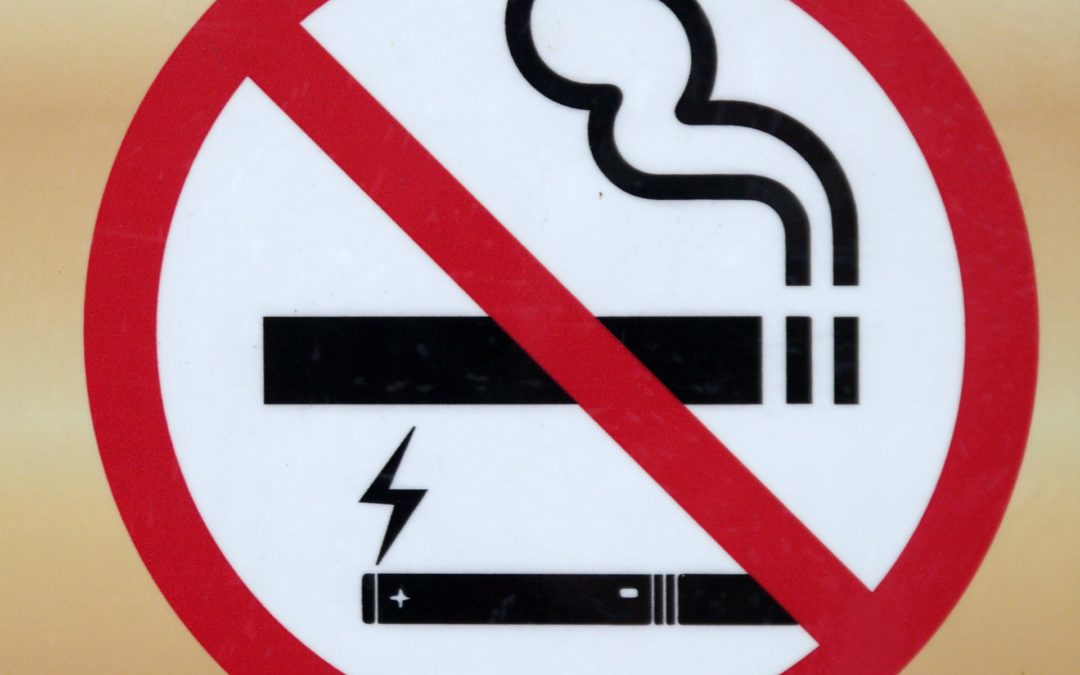 Whatcom County has joined a growing number of areas in Washington State that prohibit use of e-cigarettes – or vaping – in public places, similarly to our statewide no smoking in public places law. The Whatcom County Council unanimously approved a new Smoking & Vaping in Public Places ordinance on October 11, 2016.  The county ordinance goes into effect in early November, ensuring that people visiting restaurants, shopping areas, and other public areas in Whatcom County can avoid exposure to nicotine and other potentially harmful chemicals in the vape clouds.  The law also prohibits vaping in workplaces.

This law is part of the public health response to alarming increases in the use of vapor products by young people.  In Whatcom County, like many other areas, minors under 18 are vaping more than smoking, including many youth who are vaping and becoming addicted to nicotine without ever trying a cigarette.  The County Council took this action in their role as the local Board of Health.

The Bellingham Herald’s article about the vote includes this great quote from Councilmember Browne, a former smoker:  “I think at this stage in our civilization it’s absurd that we don’t do more to discourage the uses of tobacco and cigarettes, particularly amongst minors….All I can say is if the council allowed me two votes on this one tonight, I’d use both of them in support of this ordinance.”

I enjoyed consulting for the Whatcom County Health Department on the development of this vaping policy. This project involved researching local policy options under brand new state and federal regulations, examining policies adopted by other counties, and drafting the language of the new law.

2016 has been a year of great change in the regulatory context for e-cigarettes and other vapor products. From essentially no regulation or standards for vapor products beyond a prohibition on sales to minors. To a new WA State Vapor Products Law that took effect in June 2016 and a FDA Deeming Rule that took effect in May 2016, with provisions phasing in over several years.  The FDA Regulation and the WA law regulate the sales of e-cigarettes, vape pens and other electronic nicotine delivery systems (also called ENDS), but leave most restrictions on the use of e-cigarettes in public up to local jurisdictions.  Learn more about these issues and my work on local policies on my Vaping & E-Cigarettes page.

The new Whatcom County Smoking & Vaping in Public Places ordinance, as passed by the Council, is in this PDF file.